When did you learn about Mexican “repatriation” during the Great Depression? For me, it wasn’t until I was studying to get my master’s degree that I learned about the mass expulsion of Mexican Americans from the United States during the 1930’s. Between the years 1930-1933, up to 1,800,000 Mexicans and Mexican Americans were forcibly taken from their homes and sent to Mexico. 60% of those expelled were American citizens. The argument for these mass raids and expulsions? The Mexicans were “taking our jobs.” Sounds all too familiar…

To begin this unit with my students, I started by asking my students to find out who was missing from our Great Depression unit. We had spent about a week learning about the stock market crash, unemployment, and the social activism of photographer Dorthea Lange. After wrapping up these topics, I asked my students, what have we learned? who did we learn about? who’s missing?

Here’s what we came up with: 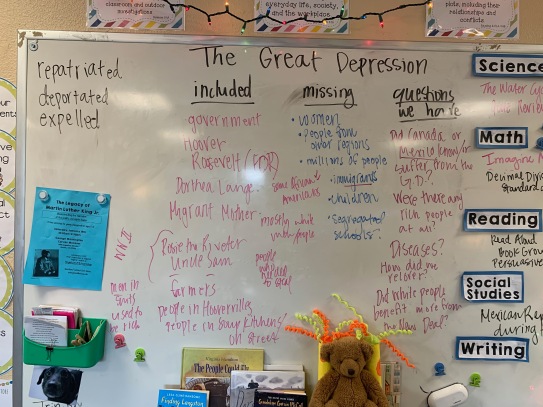 My students brought up Mexicans and migrants, which was a perfect connection to talking about Mexican “repatriation.”

I put this slide up on the screen: 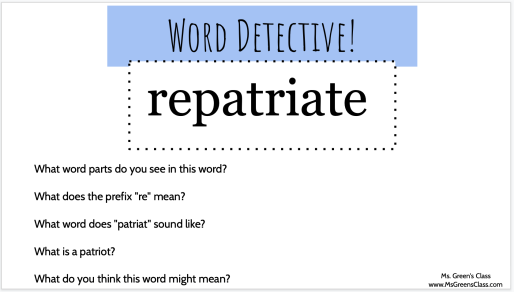 After doing our word work, I told students about what happened to so many Mexicans and Mexican Americans during the 1930’s. Needless to say, students were shocked and horrified. We watched part of a news clip on Democracy Now!, (about the first ten minutes), and then students rotated through primary source stations to learn more about the experiences of people directly affected by this expulsion, and to examine media reporting during the time period.

The most exhilarating part of this unit was watching students make connections between repatriation during the 1930’s, and the Bracero Program in the 1940’s and 50’s. “It’s all about labor!”, one student exclaimed. “We take the Mexicans when we need them, and send them away when we don’t!” My student hit the nail on the head. This is indeed a big chunk of the US government’s relationship with our Southern neighbor. Fifth graders are brilliant, aren’t they? 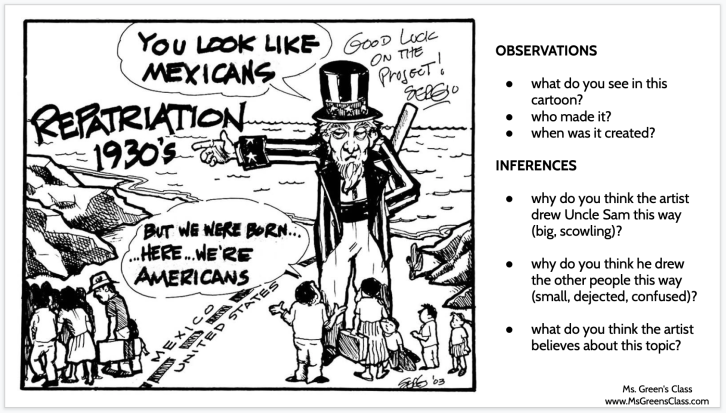 So, to wrap up our unit, we did two things. First, we talked about whether “repatriation” was the appropriate term to use, and why the US government might use this word instead of expulsion. Last, we looked at the political cartoon posted above, and then I charged students with the task of remaking this cartoon to show the US government’s approach to Mexicans ten to twenty years later (I teach backwards, starting with current day, so we had already learned about this time period). I have never seen this particular class of kids as engaged as they were recreating these political cartoons! It was truly amazing.

Some students, like the one whose work is pictured below, and took it even a step further to show what happened when the Bracero program officially ended in 1964.

This unit prompted so much critical thinking and reflection. I was amazed at the connections my students were making, both to other historical units surrounding Mexican and Mexican Americans, and to the way the United States has treated other groups of non-white people, like Japanese Americans during World War II.

You can access all of the resources for this lesson, including the primary sources we analyzed, and my full set of Google Slides, via TeachersPayTeachers. 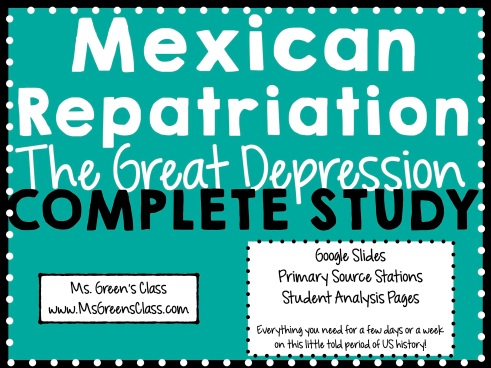